The Buck Hill Skytop Music Festival will present on August 7 the new musical The Lost Girl, a compelling and inventive story about the Darling children 25 years after they visited Neverland with Peter Pan.
Festival Artistic Director Joey Chancey and the festival’s artistic board selected The Lost Girl from among 60 new works submitted to the festival’s First Annual Developmental Theater Lab competition. 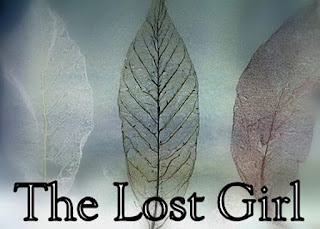 "This is the perfect musical to kick off our Developmental Theater Lab,” Chancey says. “It is a creative approach to a story that our culture has been fascinated with for generations."

The goal of the Developmental Theater Lab is to uncover the potential in a new musical and jumpstart the developmental process. The project takes the work from inception to stage, and gives music festival audiences the opportunity to experience a new musical production in its first phase of development.

Set in 1909 London against the backdrop of the Suffragette Movement, The Lost Girl is about the power of memory, myth, and discerning the difference. Shaken by the loss of her husband Edward, Wendy first tells her daughter the Neverland stories as a means of escape, pure fiction. But each of her siblings begins to experience strange and vivid memories, forcing the question - could it all be real?

The Lost Girl was written by Arianna Rose (Lyrics & Book) and Ben Bonnema (Music & Book). The team was inspired to write The Lost Girl after reading the final chapter in J.M. Barrie’s Peter and Wendy. The Lost Girl was originally developed at the NYU Tisch Graduate Musical Theatre Writing Program.

"I fell in love with the relationships between the characters that we thought we already knew, but are presented in a such a clever new way,” Clarson says.

The festival has presented new works from acclaimed musicians for the past two seasons. In 2013, the festival produced The Ballad of Little Jo by Grammy Award-winner Mike Reid and Sarah Schlesinger, a lyricist and librettist who has garnered multiple awards for her work. Last season the festival presented WAS by Joseph Thalken and Barry Kleinbort. The 2015 season marks the first time the festival will present a new work from an undiscovered talent.

The festival’s new works production is funded by a generous grant from an anonymous donor.

For tickets and information, visit buckhillskytopfest.org.


Posted by buckhillskytopfest at 8:35 PM